On 21 of November 1998 Parastou’s parents, Dariush and Parvaneh Forouhar, both well known political dissidents, were assassinated in their home in Teheran on the orders of the secret service of the Islamic Republic of Iran.
Soon after her parents’ death, she began preparing for an exhibition at the Schirn Kunsthalle in Frankfurt.  The installation Documentation is a roomful of documents relating to the murders of her parents and other Iranian dissidents. Letters, newspaper clippings, transcripts, translations, press releases, and photographs are pinned to the walls and stacked in boxes; there is also a photocopier for viewers to take any of the material with them.
Forouhar’s gesture of institutional critique translates a very personal grievance into a public demand for retribution and a collective document of resistance.  While her subsequent projects would never be quite as information-heavy, Documentation is typical of Forouhar’s preference for persuasive evidence over emotional entreaty. Media Farzin 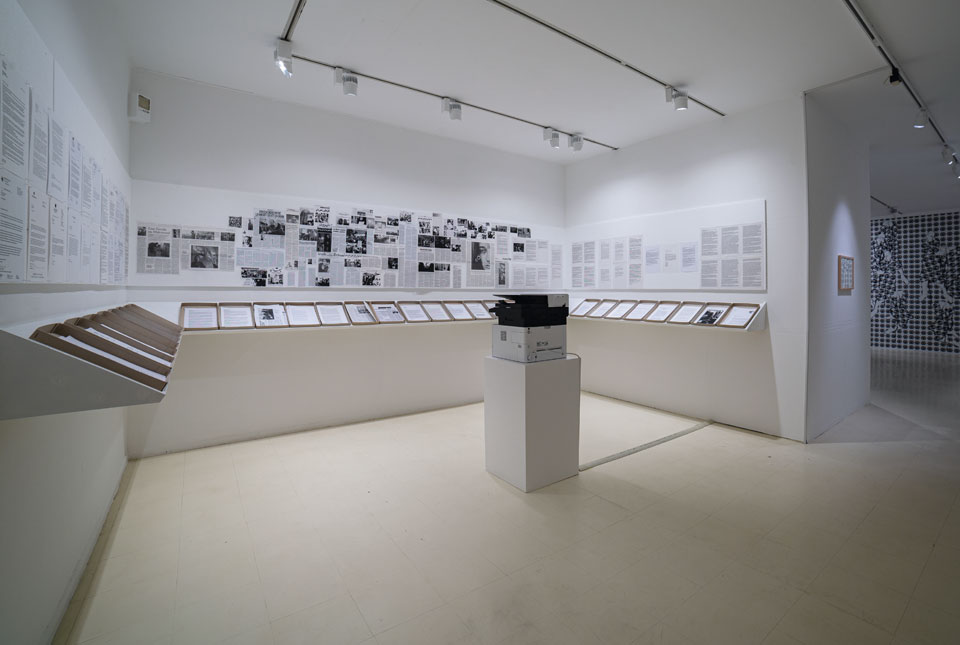 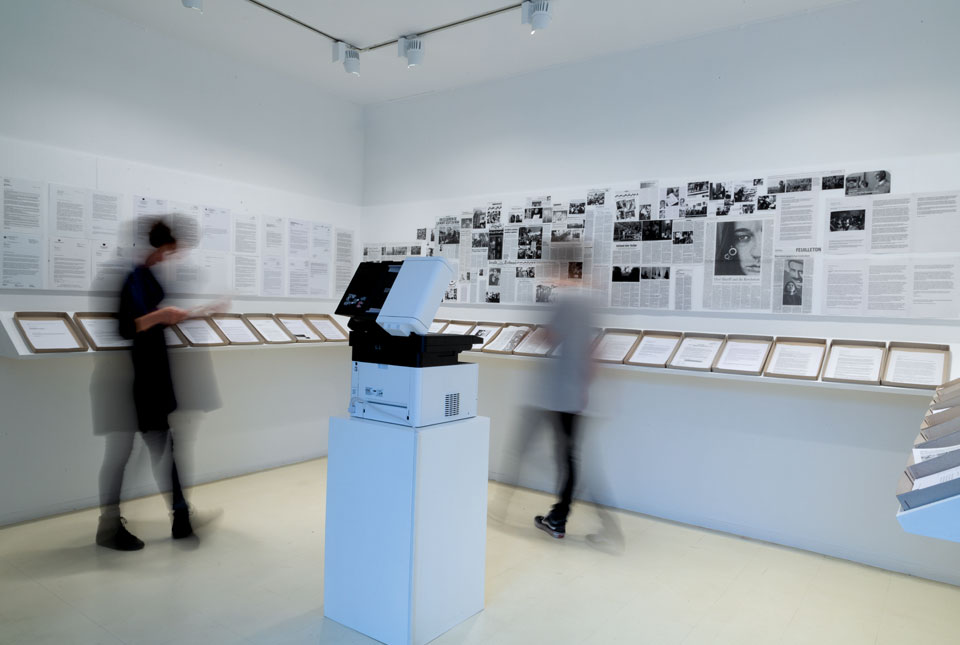 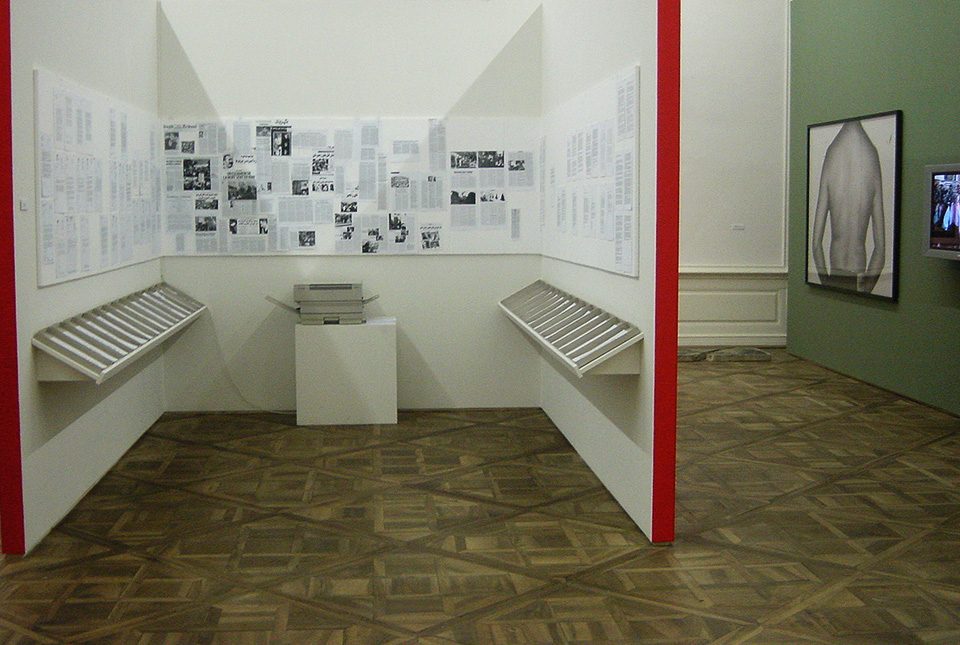 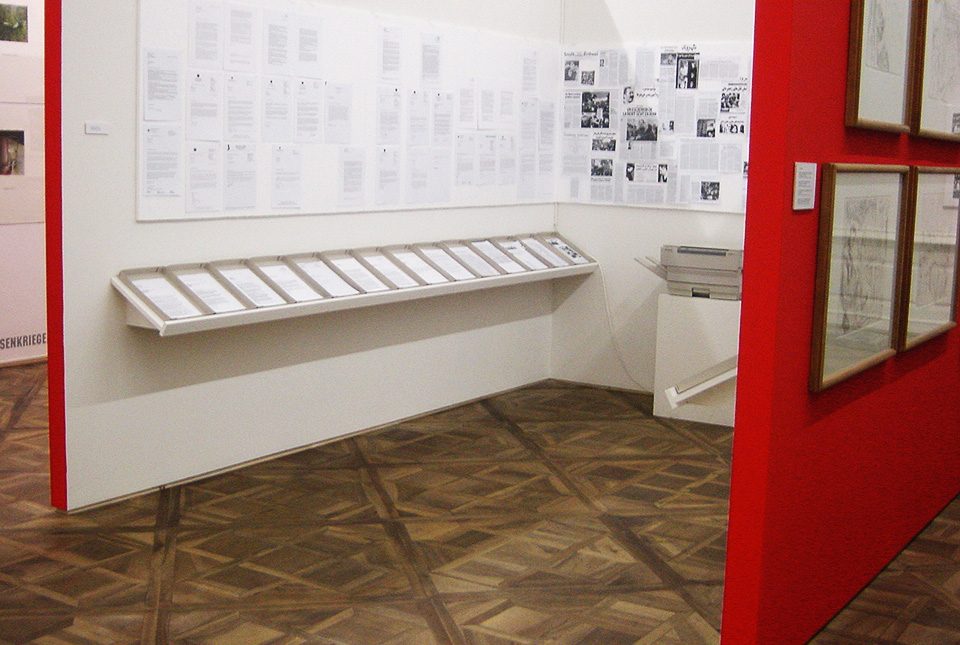 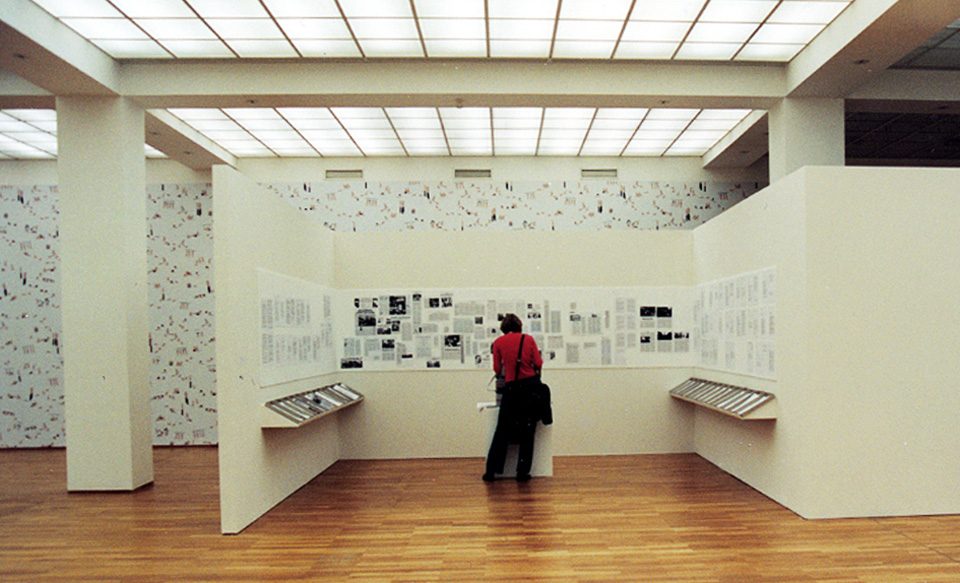 Thousnad and One days, National Gallery at Hamburger Bahnhof, Berlin, 2003 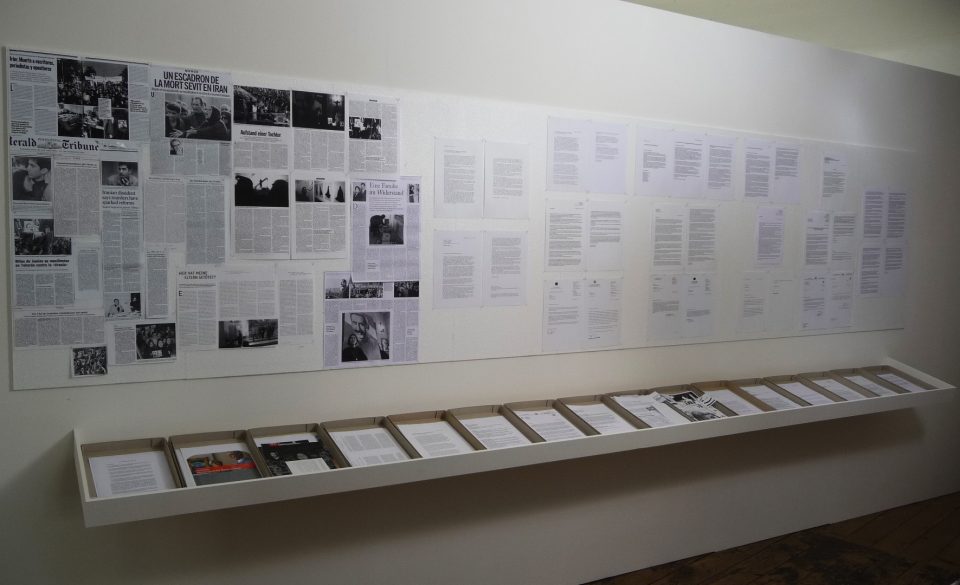 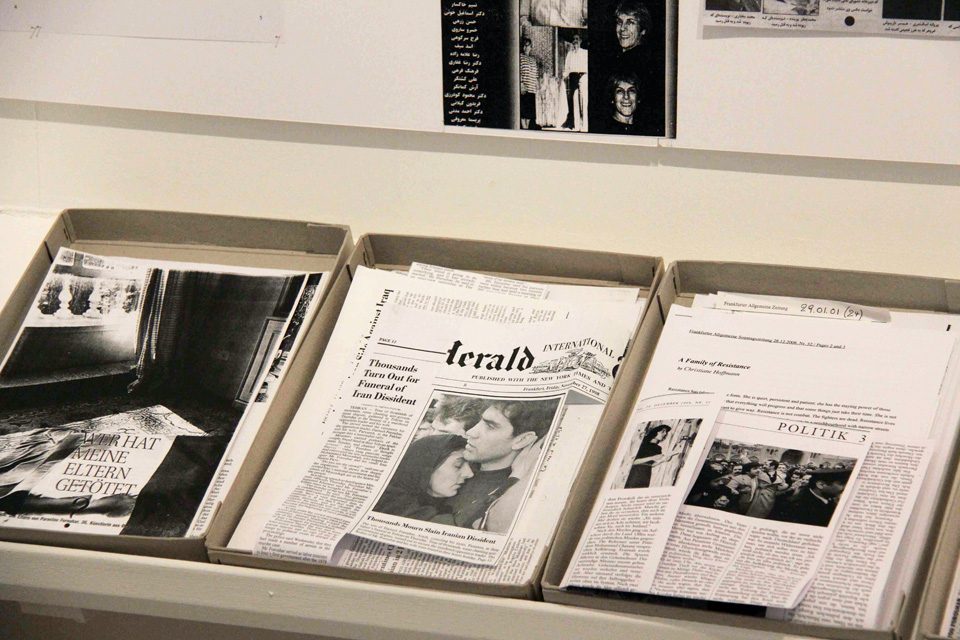 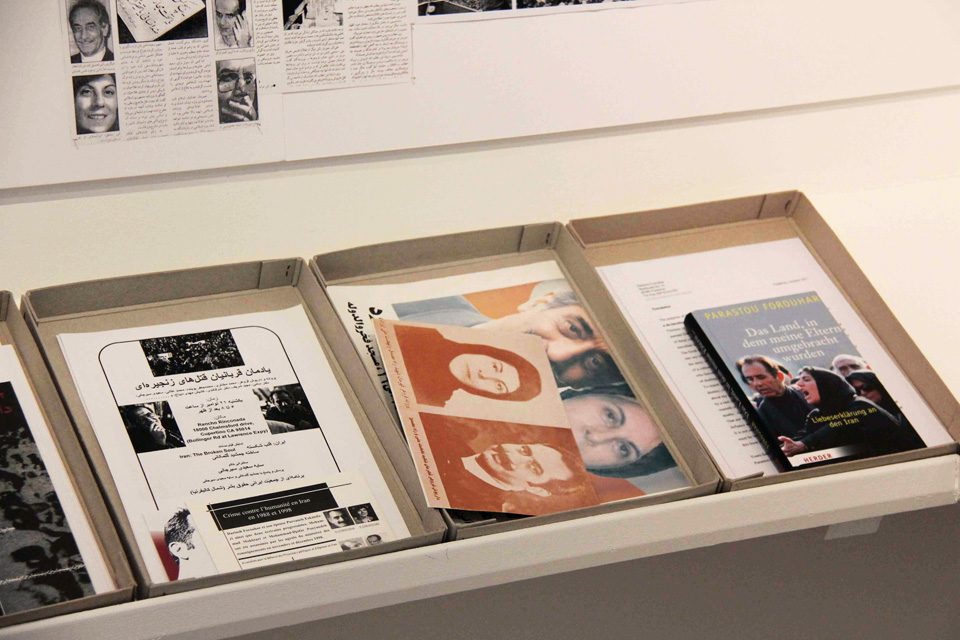 A choice of correspondence and texts, documenting the effort to reveal the political murders of autumn 1998 in Iran.