In the animation Just a Minute, human figures tied to one another plunge out of nowhere into a black space. Revolving on their axis, groups of figures descend while from above numerous others push against those further down. To lighten this pressure, the ones below shift out of the way, move to the side, or save space by squeezing into gaps. A living organism seems to arise, but in fact it is only a rhythm that controls all these movements. As soon as the black expanse fills up, the ornamental design collapses before being swept away from below.
Based on the archaic tension between Good and Bad, Just a Minute depicts a cosmological order promoted in both the Bible and the koran. The system is supported by an almighty and invisible Creator who defines Good as being opposite to Evil, thus making his laws become programms of education. without feeling either sympathy or pity and only knowing sublime brutality, the system punishes imperfect creatures. Sublime brutalism counter-balances the system’s innate tension and thus generates eternal harmony.
Just a Minute shows what happens when the cosmological order is dragged into earthly existence. there are no longer angels and devils, just human beings. Parastou Forouhar digitally created figures as schematics that resemble each other, much like twin siblings. As both torturer and the tortured, they endlessly control themselves and each other. To eliminate the magic of Creation, the artist built a system analogous to the computer game “tetris”, thus transforming the cosmological order into only a trivial product of technology. The apocalypse becomes everyday life. Susann Wintsch
Part of the multi-media project Thousand and one Days, consisting of digital drawings, wallpaper, balloon installation, flip books and animations; Marching Bands, Just a Minute 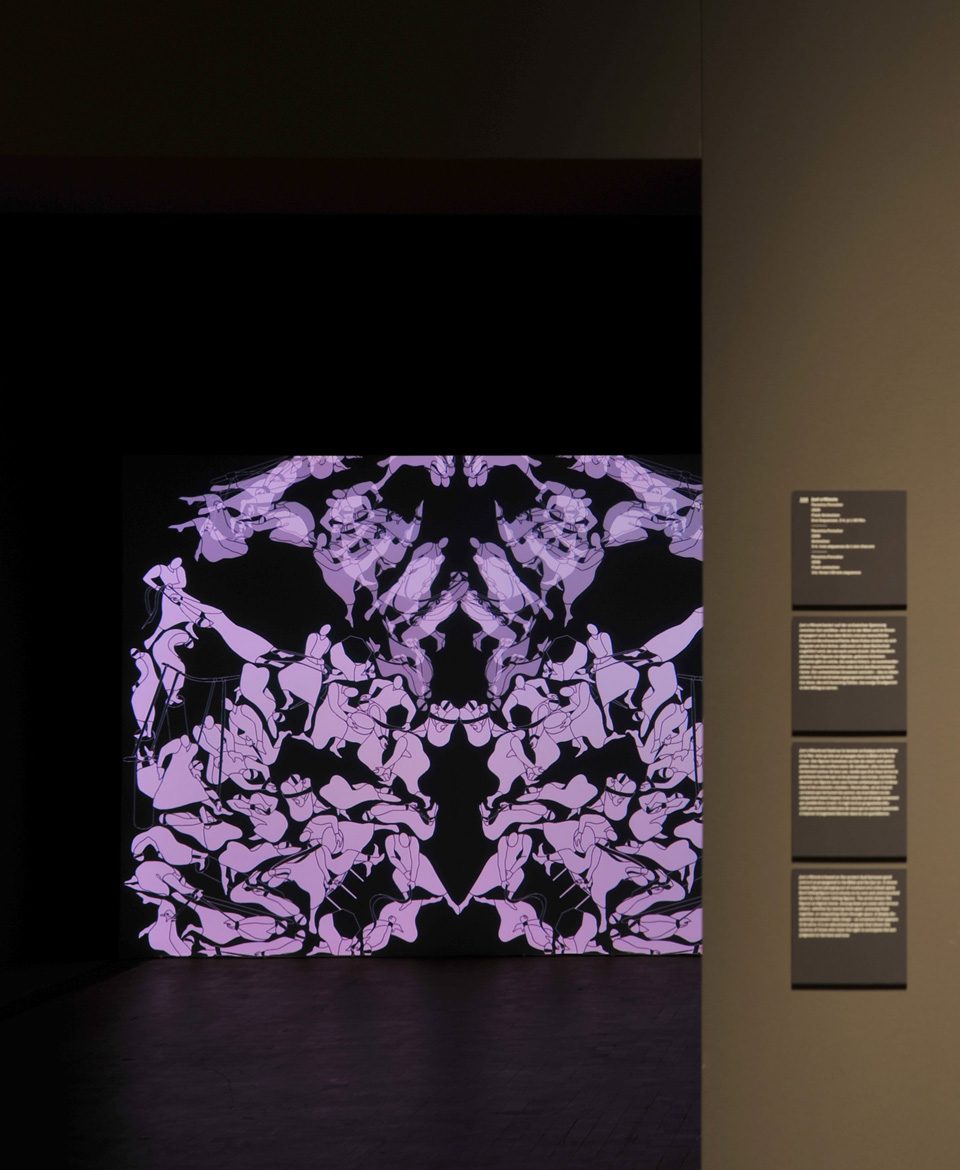 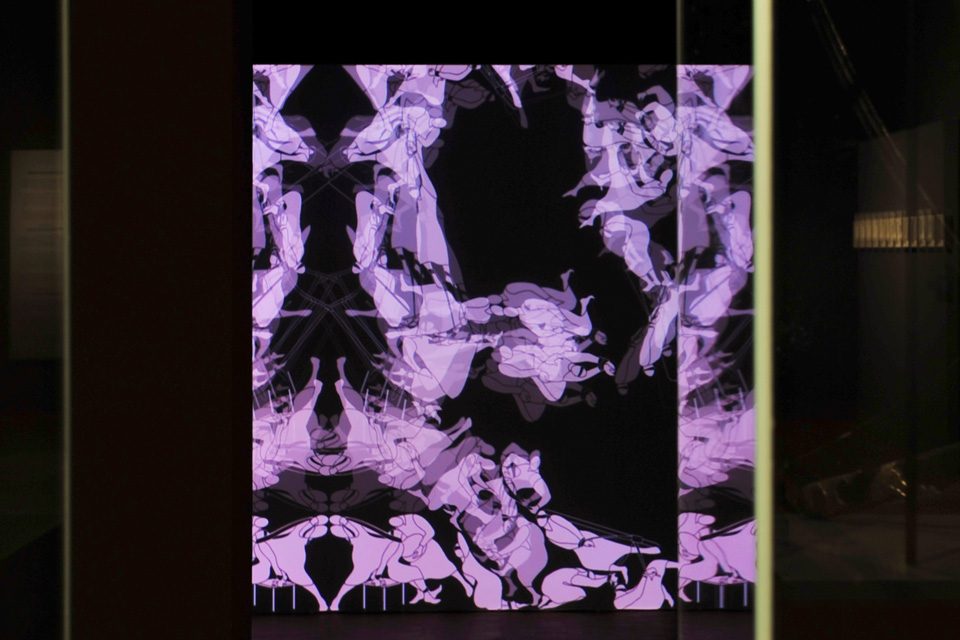 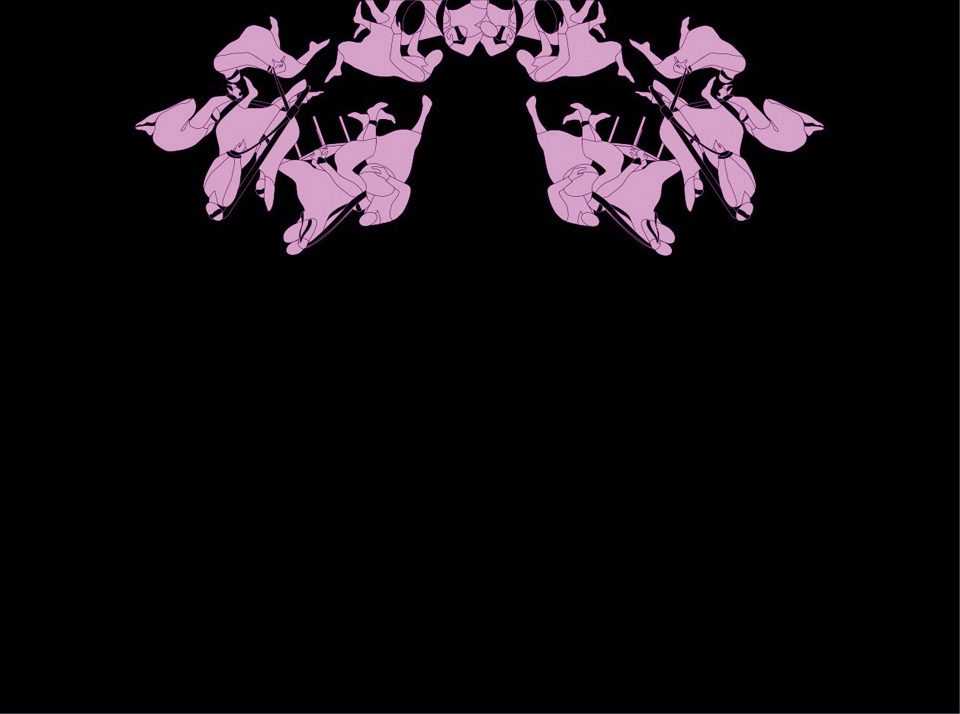 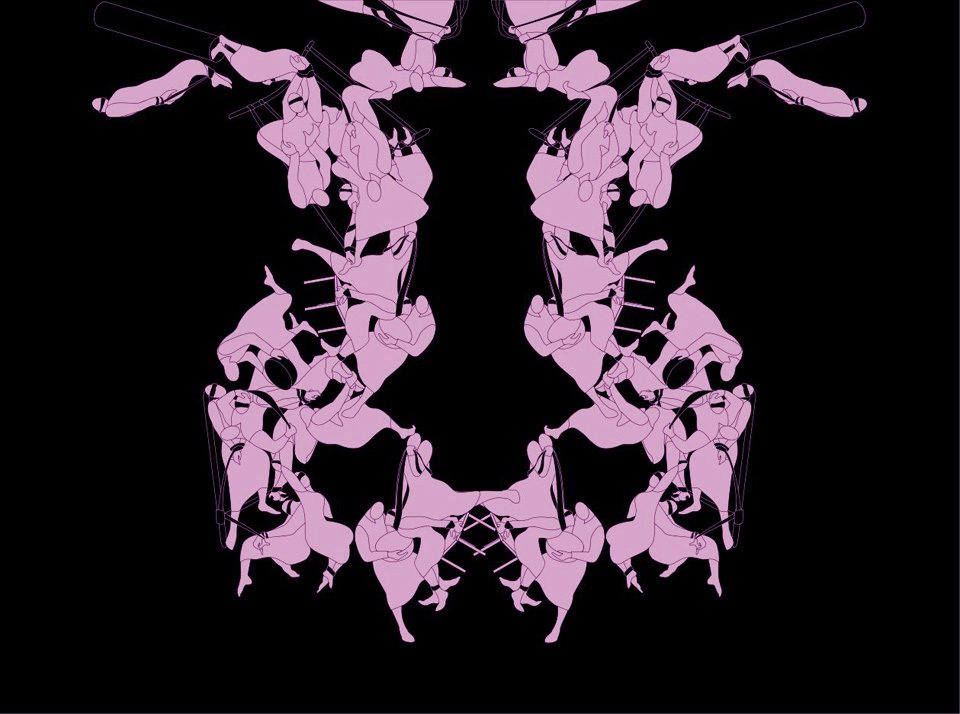 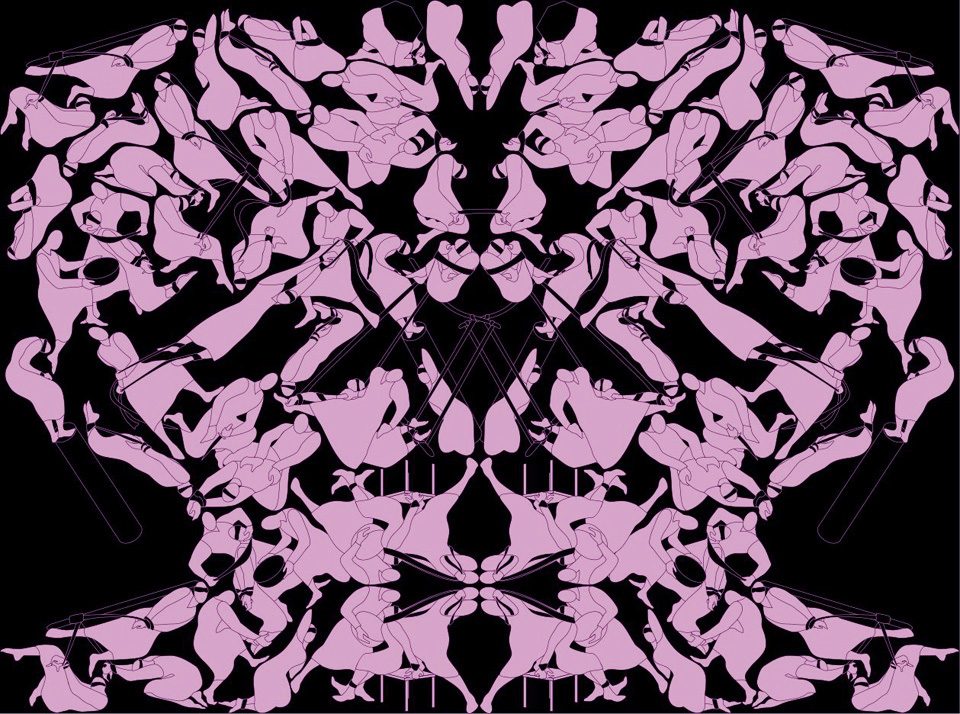 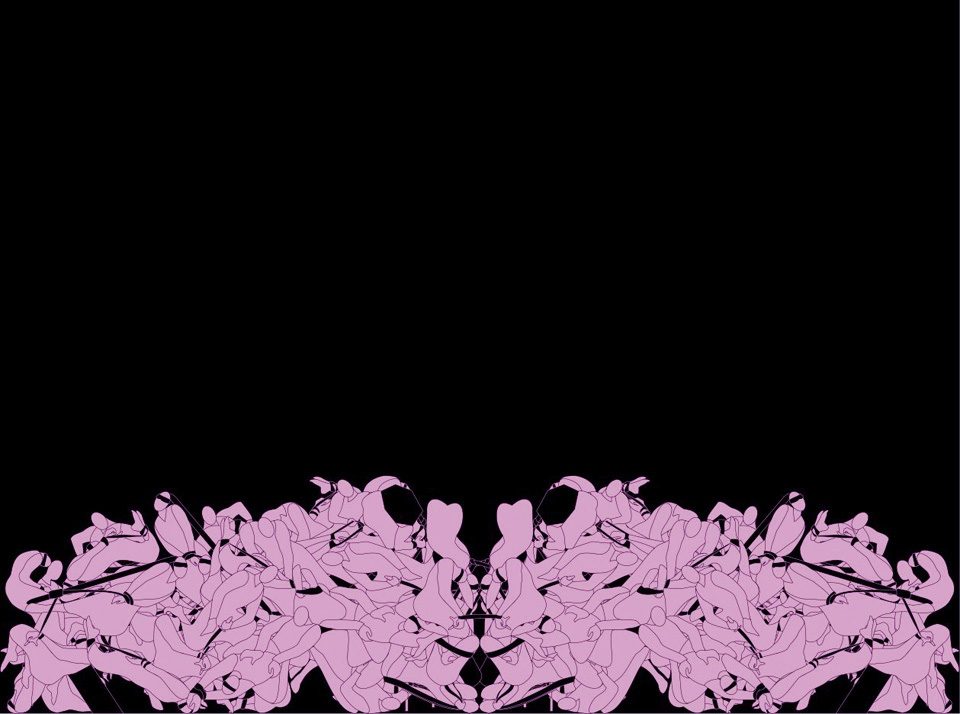 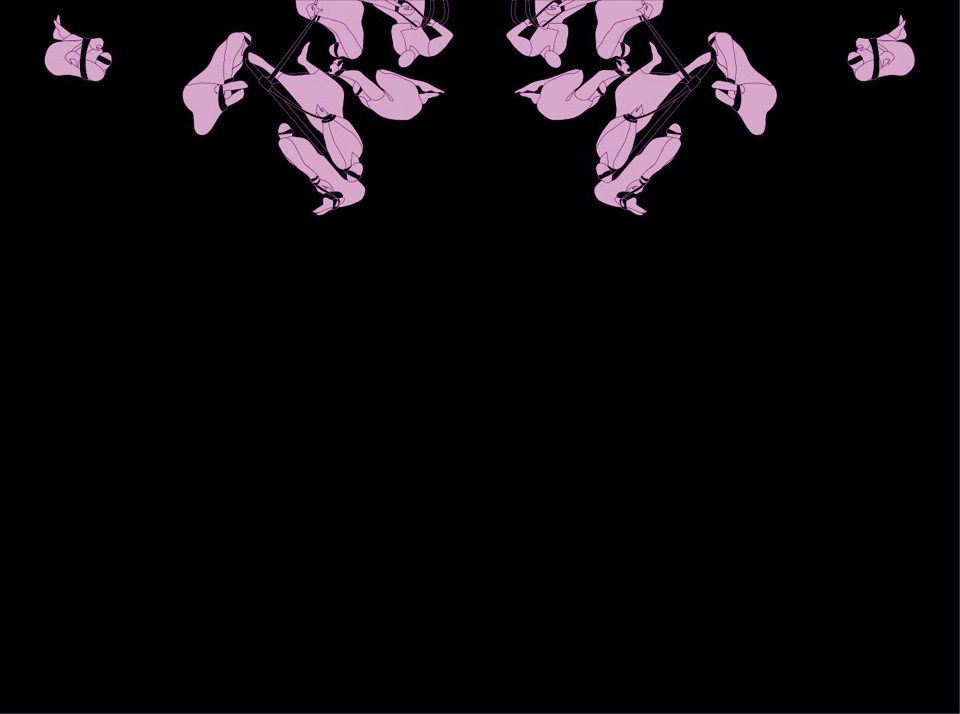