Characters and ornaments cover a giant sack. The title promises adventure, wilderness and exotic worlds. The hunt though leads to the museum. Usually signs refer to something, but here they cannot be made precise; they remain vague. For the Western viewer, the writing does not refer to something, but to the Other per se, to the inscrutably foreign, for which the Orient also stands. This unfathomable, this covered aspect is visualized directly through the ornamentally rich chador fabrics sewn into the sack. The sack is thus literally a foreign body.
Some of the materials sown into the sack are usually used for Shiite mourning ceremonies. They are brightly coloured mass-produced fabrics, the same as Forouhar used for the installation Funeral. If one can read Persian, then the dirge for the Shiite martyr Imam Hussein is recognizable. There we can read for example: “This king without army accompanied by tears and sorrow, the wounds on his body are more numerous than the stars in the sky … this fish, sunk in a sea of blood, is your Hussein.” The meaning though remains normally concealed in the Western context of the museum. What remains are the exhilaration of the colours and the oscillations of the script. The shapeless, cumbersome sack further emphasizes that they do not bow to the familiar order. Alexandra Karentzos 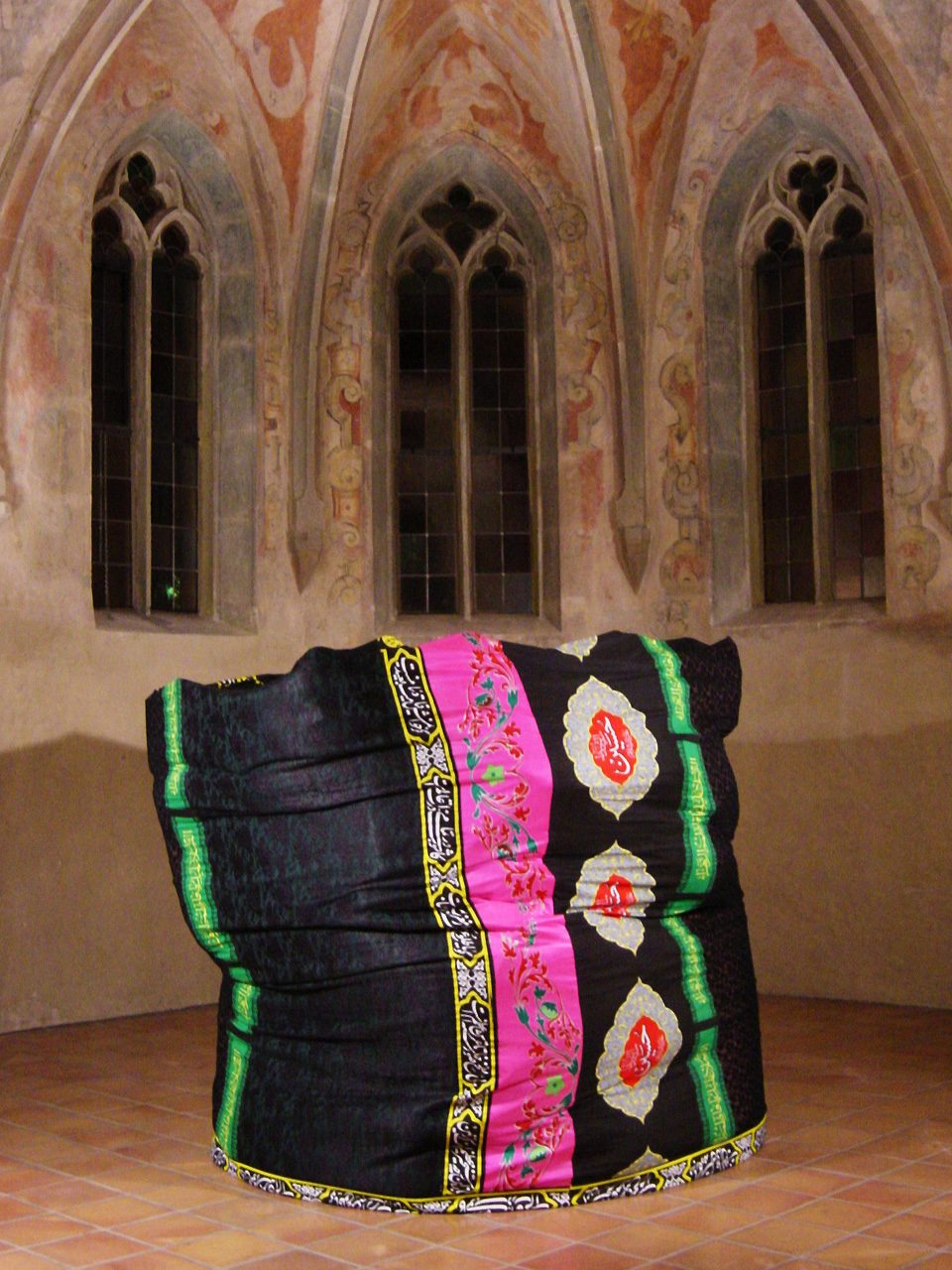 The Language of Ornaments, City Museum of Crailsheim, 2004 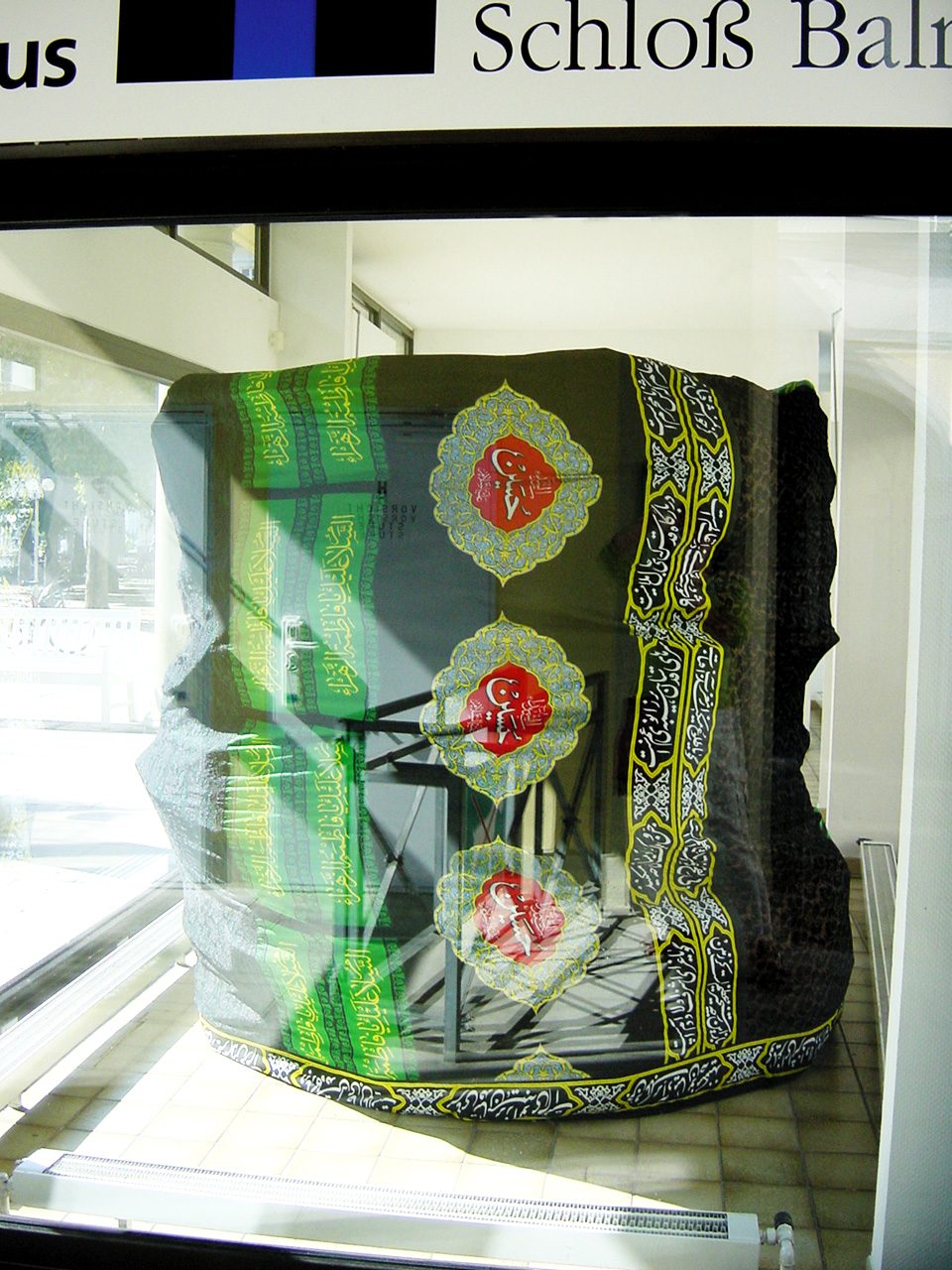 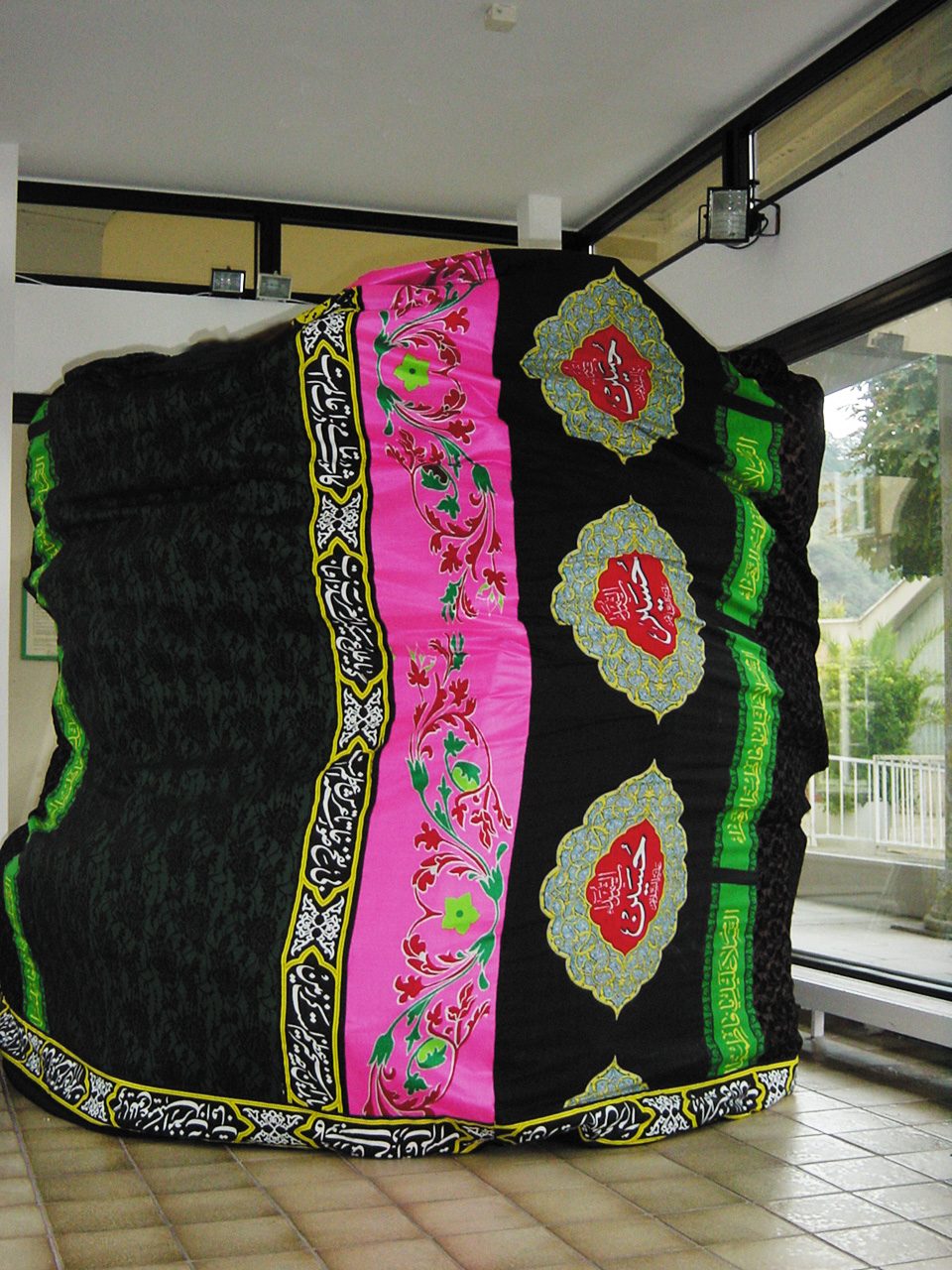 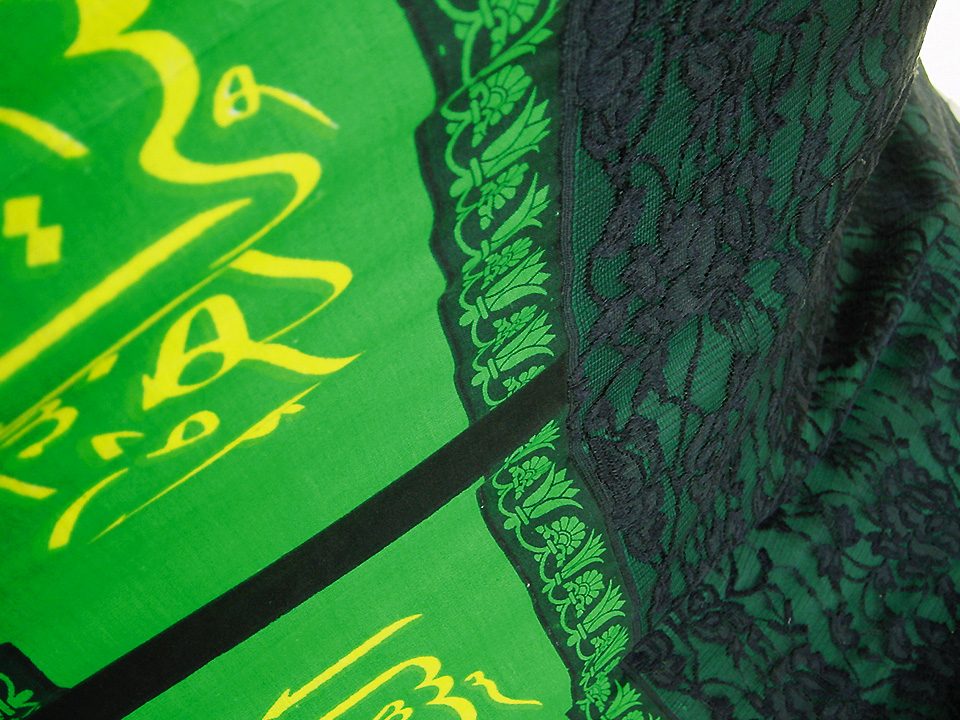 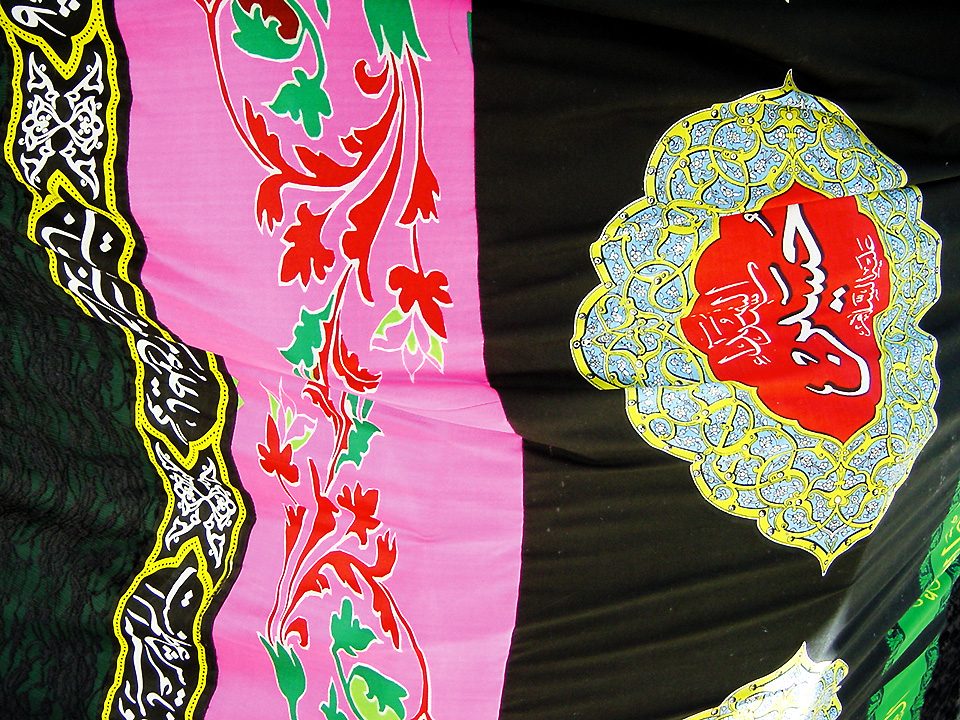 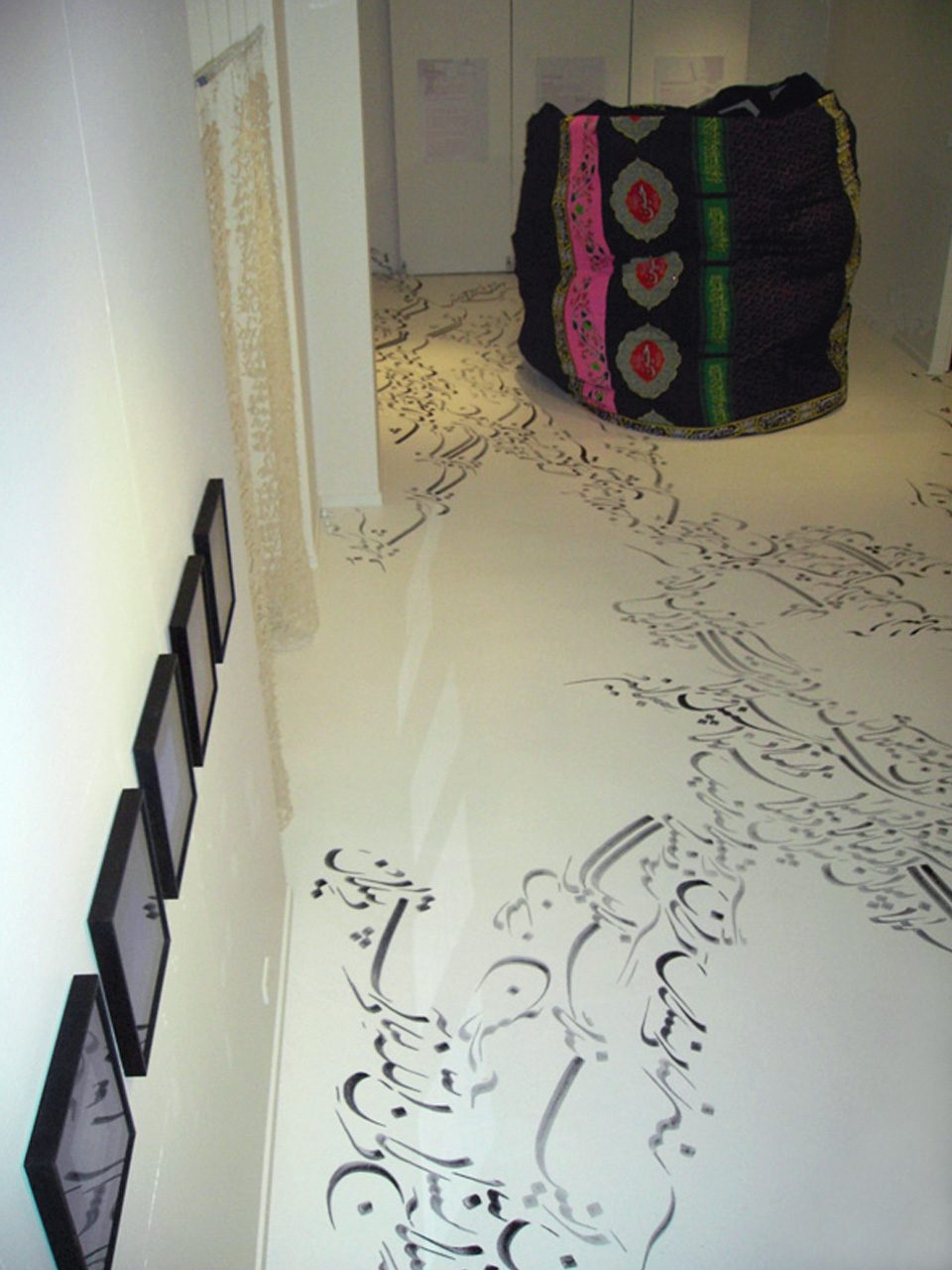